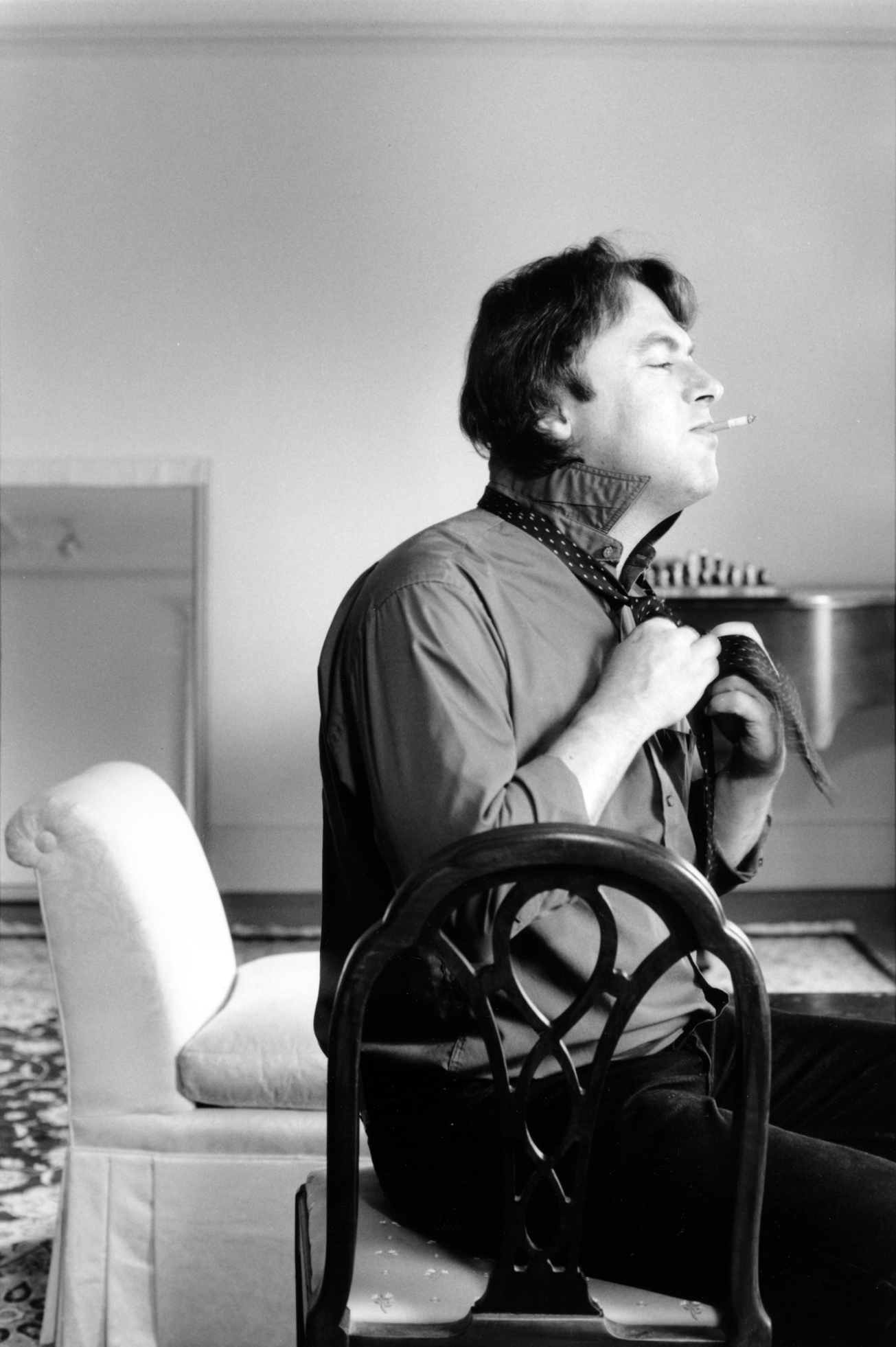 One of my first assignments for Vanity Fair was a portrait of Christopher Hitchens for the magazine’s monthly contributor profiles. I believe Chris was fairly new to the magazine but I was already aware of his well-deserved reputation.

An unfortunate mishap had occurred a few days before on a shoot in Borrego Springs, CA and I was in a shitty mood. When I returned (the night before our scheduled session) I called Christopher to confirm the details. He suggested we meet at Timberlake’s, a bar down the street from his apartment. This would have meant joining him for a 10 a.m. drink, something I probably could have used and should have agreed to but I declined his offer and headed directly to his place. (Silly me — who was I to second guess an already legendary drinker)

Chris lived with his wife Carol in an elegant, spacious apartment just behind the Washington Hilton and as we chatted I watched him smoke cigarette after cigarette, barely pausing in between to change shirts and grab a tie. Before I could plug the strobe into the camera he sat down to finish getting dressed and I grabbed this frame.

Time and time again it seems that the best images are the ones made before a shoot actually begins or in the spaces between the moments. Maybe the casualness creates the right mood, an instant before expectations and formality break the synergy, a moment when the happenstance becomes revelatory.